Talented local actors join screenwriter Josephine Winter for a rehearsed read-through of The Oasis, a time-hopping science fiction drama set on the Nullarbor plain. For lovers of science fiction and fantasy television series such as Firefly and Doctor Who. 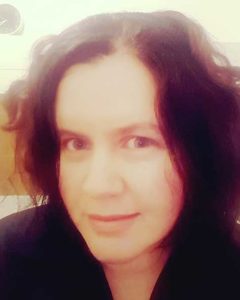 Josephine Winter is a writer, teacher and geek from provincial Victoria, Australia.

After winning ABC Radio’s national youth writing competition Heywire at 17, Josie worked as a director and writer for theatre groups in her area while she attained her Diploma of Arts (Professional Writing and Editing) and later a Bachelor of Education with majors in Literacy, History/Anthropology and Performing Arts.

Josie currently works as a Literacy Expert and freelance writer. She is the Australian correspondent for international news site The Wild Hunt. In 2017 her scifi/drama series Oasis was longlisted in the Australian Writers’ Guild’s Primetime competition.