Acclaimed authors Barry Hill (Reason & Lovelessness) and Richard Zachariah (This Vanished Land) illuminate different perspectives in their passions regarding the settlement of Australia and its historical predicaments. Together they ask: can we draw hope from militant nostalgia? 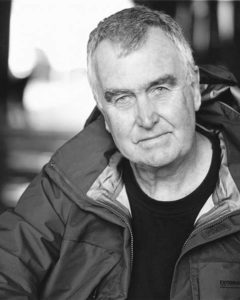 Barry Hill was born in Australia and educated in Melbourne and London, where he worked as an educational psychologist and a journalist for The Age and the Times Educational Supplement. He left newspapers to write full-time in 1976; his first book, The Schools, won the National Book Council prize. As a freelance columnist for The Age he established himself as the country’s first radio critic, and between 1980 and 2010 he wrote many works for ABC Radio National. His libretto Love Strong as Death was performed at The Studio at the Sydney Opera House in 2004. His fiction is widely anthologised, including in Chinese and Japanese translations. ‘The Mood We’re In: circa Australia Day 2004’ won the Alfred Deakin Prize for the Essay. His acclaimed poetry includes Ghosting William Buckley (1993), and Naked Clay: Drawing from Lucian Freud (2012), which was shortlisted for the UK 2013 Forward Prize. In 2009 Hill was shortlisted for the Melbourne Prize for Literature. Between 1998 and 2008 he was Poetry Editor for The Australian, and between 2005 and 2008 a post-doctoral fellow at the University of Melbourne. He lives by the sea in Queenscliff with his wife, the singer-songwriter Rose Bygrave. 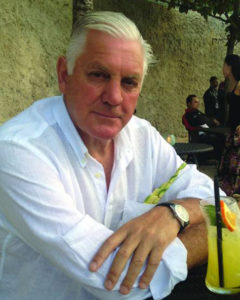 Richard Zachariah spent many years of his youth in the Western District of Victoria, attending Hamilton College and moving among many of the families in the area. He has been a journalist, broadcaster and television host, becoming a well-known media identity, and is a lifelong racing fanatic. He has lived in London, Sydney and Melbourne, and now lives in South Australia with his partner, Sarah, on a vineyard and horse breeding property in the Adelaide Hills.