Anything But Words, Another Language

Petrus Spronk will complement the beautiful music of the Mana Moto Duo, consisting of Justine Walsh on vocals, electric guitar and loops and Adam Menegazzo on electric violin and loops, with images from his extensive travels abroad.

This event will be held at Yandoit’s historical Uniting Church, one of few remaining churches in community hands across the region, most having been sold privately. Originally Methodist, the church was built of locally made brick by community members in 1878. It is a simple and beautiful church, nestled amongst eucalypts and, like many churches, has excellent acoustics.

By attending this illustrated musical event you will support not only the musicians and artist, but also the maintenance of a precious community resource in Yandoit and the small local parish. The church swells to standing-room-only on the Sunday before Christmas when the Castlemaine choir leads people from around the neighbourhood in carols. 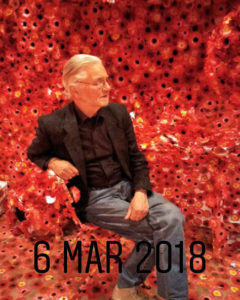 Petrus Spronk is best know for his writing, his architecture (the recognizable ‘Architectural Fragment’ in Swanston Street Melbourne), his outstanding work as a ceramicist, and his passion for the environment as shown in his monthly column in the Daylesford Avocate. 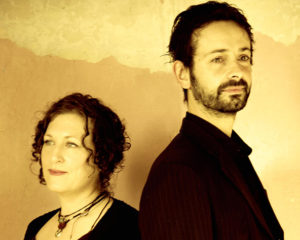 Using multiple looping devices Mana Moto explores the relationships of voice, electric violin and guitar. String and vocal harmonies are the backdrop for soulful and ethereal vocal melodies and soaring violin riffs. Their sound is moody and rich in nuance and space. Their loop based immersions take you on an entrancing, sonic journey.

Mana Moto are Justine Walsh on vocals, electric guitar and loops and Adam Menegazzo on electric violin and loops. They are a duo based in Daylesford who have been writing and performing original music for the past ten years. In 2014 they released their debut, double album Snakesway with a new album soon to be released.

Yandoit Uniting Church is a 15-20 minute drive from Daylesford.